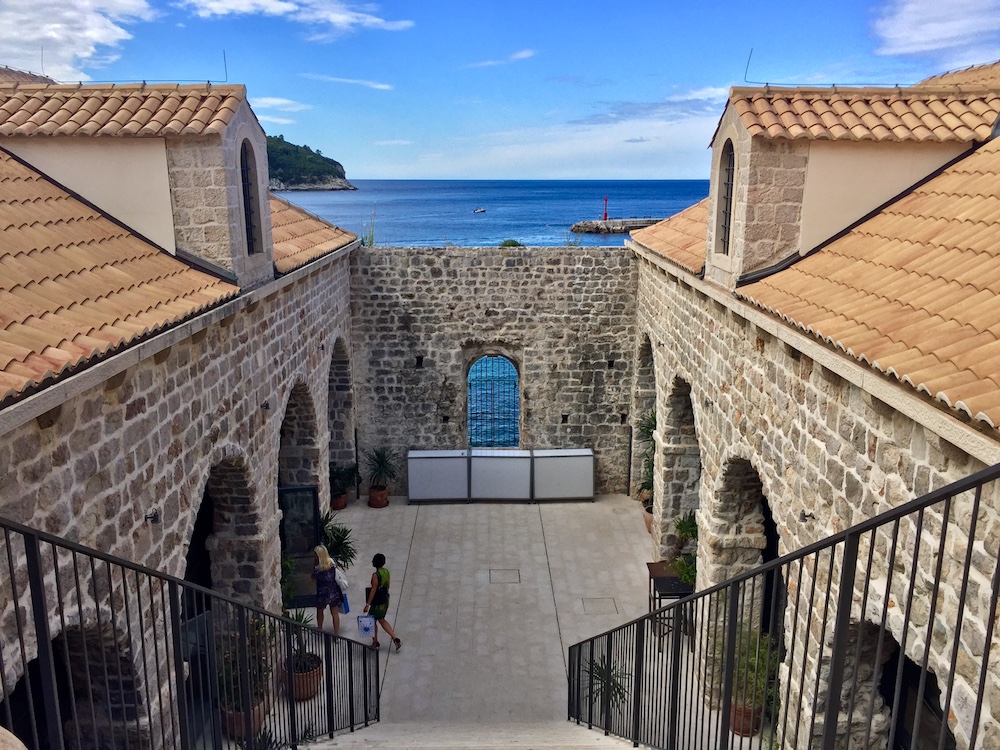 In 2018, the Croatian Ministry of Culture announced a project tender for the development of social-cultural centres in Croatia, based on participatory governance and public-civil partnership. The announcement, opening a new chapter in cultural funding, followed recommendations by the Europe 2020 strategy and the European Agenda for Culture (2015-2018) about developing participative governance in culture as well as securing mechanisms of participative decision-making for local communities. Written by Petra Marčinko, ULG coordinator of ACTive NGOs Dubrovnik and member of Platform for Lazareti.

In the Croatian example, the development of social-cultural centres stemmed from a severe lack of spaces for civil society associations and their activities, the need for protecting valuable public spatial resources from speculative interests as well as the need for developing transparent decision-making when it comes to cultural development and sustainability.[3] “In the past 10 or 15 years we have been following the emergence of these mostly bottom-up organised social-cultural centres. The most important accent in the Croatian experience is on the spatial resources as public resources. Civil society organisations are creating alliances, taking over different sorts of public spatial resources, and creating partnerships with the public authorities, mainly municipal or local public authorities in creating new spaces for different social interactions around artistic and cultural creation“, explains Žuvela. Therefore, the next step in developing these centres is to explore and test different models of participative governance with the premise of the active participation and contribution of every actor involved: the public administration (usually the owner of the space), NGOs using the space for their activities and the community itself.[4]

The Croatian Ministry of Culture recognised that there is a growing distrust between the public and civil sectors, but positive counterpoints to this tendency emerge in the form of social-cultural centres mostly organised and led by the civil sector. These centres helped the recognition of the civil sector as robust and experienced enough to shape the models of the participatory governance of public resources. Therefore, in 2018 the Ministry of Culture put up a tender titled “Culture in Centre“, co-financed by the European Social Funds (85%) and Croatian State budget (15%) in order to provide financial support to the development of these centres. Through this effort, as the text of the tender emphasised, funders were hoping to further develop participatory governance in culture and improve the capacities of all actors involved in such processes. The tender also envisioned to include and empower citizens as much as possible in order to improve the governance of public resources and enhance their role in the cultural and social life of local communities with the final goals of decentralising culture and supporting of the independent cultural scene.

Development of the social-cultural centre in Lazareti

The Lazareti Complex, a social-cultural centre finds itself in the context of Dubrovnik’s monocultural orientation towards mass tourism. This orientation brings severe negative consequences to urban development and aggravates the ever-growing commodification and commercialisation of public resources. At the same time, mass tourism effects negatively the quality of life of local citizens, most notably when it comes to their social and cultural needs. This pressure underlines the importance of Lazareti as a social-cultural centre and space of independent cultural and social creativity, oriented towards the needs of the citizens. Currently, only some of the actors in the centre cooperate along a form of governance. Therefore, there is a need for a stronger participatory integration between them in order to strengthen their mutual vision of Lazareti as a fully functional and activated social-cultural centre. In order to help the situation, Platform for Lazareti applied for the „Culture in Centre“ tender in 2018 and its application was approved, alongside other important centres in Zagreb (Pogon), Split (Dom mladih), Pula (Rojc) etc. The total approved budget of the project is around €300,000, its duration is two years and the main goal is defined as establishing a social-cultural centre in Lazareti, horizontally integrated and based on civil-public partnership and a participatory approach towards its governance. The funding also requires that the centre should be based on the cultural and social needs of the community and the values of participation, inclusion, openness and sustainable preservation of cultural heritage. The main partners of the project are the City of Dubrovnik, the Dubrovnik Summer Festival (one of the city’s key cultural institutions) and the Platform for Lazareti (Art Workshop Lazareti, NGO Deša and Student Theatre Lero).

The project consists of three main elements. The first element focuses on capacity building related to participatory governance in culture and other organisational capacities of the current and future stakeholders in the social-cultural centre Lazareti. The activities of this element include various capacity-building workshops (finance, PR, strategic planning etc.). Another great part is the mentoring process about the principles of civil-public partnership and participatory governance led by an expert. This element is concluded by an evaluation research on the state of governance towards the end of the project.

The second element is oriented towards establishing a participatory collaboration model and protocols on two levels: between the NGOs in the Platform for Lazareti; and between the Platform of Lazareti and other relevant stakeholders in Lazareti, in particular with the City of Dubrovnik and the public company Dubrovnik Heritage (Baština Dubrovnik). The main goal here is to ensure the active involvement of all the stakeholders (NGOs, local community and public administration). Activities in this project element include the development of protocols for spaces, decision-making and internal rules of the Platform for Lazareti; the development of a collaborative model of governance for the whole of the Lazareti complex; launching an open call for citizens, NGOs and initiatives to suggest and/or organise activities in Lazareti with help from the Platform for Lazareti; mapping of the spatial assets and spaces in Dubrovnik which could be used for organising cultural, social and art activities, etc. This process will also be presented in the final handbook of the project, conceived as a guide to Lazareti and its organisations.

The project’s third element is dedicated to participatory cultural and artistic practices, workshops and activities to be co-created between the citizens, artists and creative professionals. Such co-creation could help open the space of Lazareti even more to the local community and empower the stakeholders of Lazareti for such practices and production.

Srdjana Cvijetić (Art Workshop Lazareti) sees the „Culture in Centre“ project as the continuation of the vision that the Plaform for Lazareti has had since its beginnings: the concept of a civil-public partnership and collaborative model for the whole of Lazareti. The project gave the Platform a collaborative and organisational stability, especially in the form of the internal protocols developed with the help of the experts. As Cvijetić explains, the protocols “allows us to have a mutual governing mechanism. This way we can act like an alliance but it also gives us freedom to act like individual organisations. We’ve also built on mutual trust and support.  We are already working on the collaborative model which will include all of the Lazareti stakeholders. Our final goal is to make easier for the local community to accept Lazareti as their own place, but to make it easier for the actors in Lazareti to consider it as a place of collaboration.“

The results from this process are already visible, adds Srdjana: “we meet more regularly, plan and discuss, not only the current but also the future projects and plans. Everyone is considered as a relatively equal partner and we are making a progress which will allow us to establish at least some collaboration and a coordination body.“ Lazareti’s broader community has also been very active in participating at the activities, as well as suggesting activities they would like to attend or organise in Lazareti through an open call. The community also participated in a collective exhibition, sharing stories that helped to identify the activities most needed in Dubrovnik.

At its conclusion, this project will result, as with the other centres in development, in policy recommendations for building the legislative and other frameworks to include in the cultural policy of Croatia and to further explore and develop the various modalities of governance these centres can achieve. „Culture in Centre“, in collaboration with the other socio-cultural centres, will result in a set of policy recommendations to promote the inclusion of participatory governance mechanisms developed in these centres, in cultural policies and other legislative frameworks. There is a long way to go to reach sustainable civil-public partnership, but these experiments and recommendations are important steps towards this goal.

In May 2020, DKC-HR – a new network of social-cultural centres in Croatia – has been established with the goal of advocating for the establishment of an institutional framework and policies for socio-cultural centres in Croatia according to the principles of participatory governance and civil-public partnership in culture.[5] The network will also function as an advocacy and representative body for these centres, ensuring their sustainable development (especially when it comes to finance) and serving as a support as well a knowledge hotspot for other initiatives planning to establish similar centres.

[2] Vidović, D., Žuvela A. and Mišković, D. (2018) The vision of socio-cultura centres, p. 29. In: D. Vidović, ed., Do it together. Practices and Tendencies of Participatory Governance in Culture in the Republic of Croatia. Zagreb: Kultura Nova Foundation, pp. 62-72. Available at: http://participatory-governance-in-culture.net/uploads/biljeske_EN_web.pdf (Accessed 30 Jun. 2020)