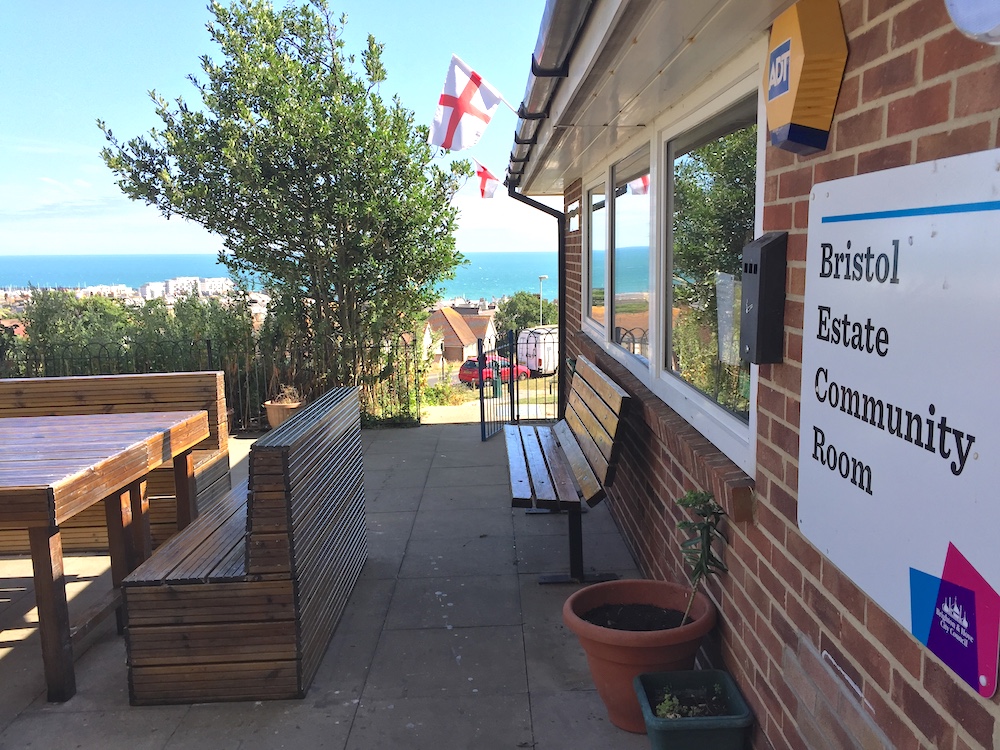 The right to bid for Assets of Community Value was defined in the Localism Act, introduced as an act of UK Parliament in 2011 by the Coalition Government of the time. The Localism Act contains a wide range of measures to devolve more powers to councils and neighbourhoods and give local communities greater control over local decisions like housing and planning. But whether greater decision-making powers have been allocated to local communities is still very much up for debate. ACTive NGOs Brighton were keen to hear from a local community that have used the Asset of Community Value to save a place of neighbourhood worth. ACTive NGOs Brighton spoke with Sarah McCarthy, chairperson of the Phoenix Estate Community Association and chair of Hanover and Elm Grove Community Forum, to hear her candid perspective on the effectiveness of ACVs in safeguarding the future of a derelict pub within her community.

Can you tell us more about both groups, starting with The Phoenix?

The Phoenix Community Group started up roughly over two years ago, due to a group of us, residents, getting together, being unhappy with the services our social landlords were providing, which is Hyde Housing Group. We found we had common complaints about Hyde but also common issues with anti-social behaviours in the area, the bins not being cleaned to the level we liked, there was a few issues that brought us together as a group and thanks to the support from the local council and people they empowered us to become a constituted group which enables us to have a bigger voice in the community.

Tell me a bit about the Hanover and Elm Grove Community Forum (HEG).

I joined it as the chair of the Phoenix Group. I went along as someone who was in a community group, within the HEG there are many smaller groups that make up the HEG. I got involved, I saw it as a great mechanism so groups can communicate and network together from funding to issues of anti-social behaviour and other issues that went on in the community. I participated in the meetings on a regular basis and then eventually because certain people connected to the HEG felt that it should be attractive to all members of the community. I was asked as someone from social housing to encourage a more diverse group to get involved with HEG.

You have community activism background before the Phoenix Community Group and the HEG.

In the 90s I was a community activist, I was a squatter. I launched the Big Issue in Brighton in 1992. That made me more aware of homelessness. I was also in private renting at the time as a single mother and I had the opportunity to move into an established squat called Trumpton which I then lived in for four years and we won the right to live in the houses once they had been renovated by a housing association called CDHA.

It was a public house called the Free Butt. The site of where the social estate where I lived on was originally a brewery, it became the Phoenix Brewery. The pub has been there since 1780. It was one of the first buildings built on the estate. It was originally for local people. It was mostly the people who worked at the brewery that used the pub. It went on for decades and centuries right up until the 1990s. It was still open when I squatted a house nearby and before the estate was built around us. It ran as a pub that was on the circuit with bands and some famous groups played there. Once the estate was built it was seen fitting as a pub-venue kind of place and it was turned into a family pub which unfortunately wasn’t successful.Then it was sold and it went back to again a venue pub. The residents were up in arms about it. It went on for about six years but there were so many complaints about it that it was shut down and it has been shut ever since, at least ten or fifteen years. It shut because of noise pollution. There was a big shift of smoking being banned. People smoked outside and because it is surrounded by disabled units that was very unpleasant for those families to have it on a weekly basis.

What’s been threatening the community asset in recent times?

Before the planning application going in, the community started thinking about that it is a pity it is empty, maybe we can turn it into housing or some sort of community asset. Out of the blue we were made aware of a planning application which we felt was done sneakily around Christmas and planning applications appeared on a lamppost. None of us were made aware of the ownership. We would just see mattresses coming in and out as it was used as some sort of storing place. They put in an application through the council to turn it into some sort of shared accommodation, it is incredibly unclear what they actually want it to be but the idea was some sort of temporary housing for people who are in between a situation such as leaving hospital or a place to hang out before they are housed somewhere else. To give the owners their due, they did meet us. We were quite angry as they stated the community wasn’t interested in Free Butt and if they had done any research they would have known it was to the contrary. They seemed very unclear about what the future purpose of the Free Butt was going to be.

You mentioned a little bit about the response in the community. The community association along with the council arranged a meeting with the developers. What has happened since then?

We had the meeting with the developers. They were a little bit taken aback by the strength of feelings from the people who attended the meeting, which were the immediate neighbours, the council, people like yourself. They were taken aback that they hadn’t done their research properly. That is the sense I got. They went off and then we spoke to the local council with regards to the problem as we saw it. Unfortunately, we didn’t get the response we were hoping because the space allocated to the potential tenants was so small and they wanted to extend its height by two stories which would have a major impact on the rest of the estate. Because it’s connected to the community centre and the community centre is listed, the Heritage lot are not happy about the proposal either. The council said they felt they were between a rock and a hard place because they were offering temporary housing for vulnerable people. The application was eventually refused with the support of our local councillor David Gibson. It stopped there.

So in terms of the response did you look at the Localism Act and the Asset of Community Value (ACV) to support you as a community? To safeguard the community asset?

One aspect of that legislation is the Asset of Community Value (ACV). Have you come across that when you were looking to safeguard and secure the future or at least prevent the planning application on the Free Butt?

I was explained that it is not a given just because you become an ACV. In fact, if you flag yourself up as ACV, there are so many solicitors out there fighting for ACV you can also put a target on your back as a community group. Then I spoke to David Boyle who has had his own experience with ACV and he advised me that because Brighton Council hadn’t defined ACV in a way that other council have around the country, that limited the power of ACV. For someone like myself, Brighton Council needs to put in legislation, so then as a community group could give strength and power to go forward, not just for us, but for other community groups around Brighton who want to secure a potential building as a ACV.

It sounds like a little bit like postcode lottery. If your local authority has interpreted the ACV in a pro-community sense or even developed the national guidelines or has left it ambiguous at the moment.

I wouldn’t even say the Council, it is the planners, the people in the planning department might see it as another headache. But I think ACV could work really well for Brighton Council because if communities were given that power to take over buildings near them to support their local community it could be a vote winner. Rather than people being imposed something they don’t want in their community.

What would you see to make the ACV a better vehicle for change? What kind of things would you like to see as a community activist and chair of different community groups?

More advice, more workshops. This is pre COVID-19. Accessing information and support. Sometimes it hurts my head because I am not a trained solicitor. The language of the legislation is jargonistic. You have to decipher. One part of neighbourhood planning was much clearer than another lot of planning information. You have to go through a lot of information I personally wasn’t trained in. You could translate it into laymen’s terms. It’s a responsibility, that is the flipside of it. The community then has to be the custodian of the building. That is why this process should be easier. It repels people I think.

One of the accusations we got was being “NIMBY”. So “not in my back yard” about the housing. Because the estate was purpose built with a specific amount of households, we can’t take more people…. 36 more individuals would live down here with no parking facilities, no areas to take their families, we were worried about the impact on the greater estate because it has been built that a specific amount of households would be based there. With antisocial behaviour and other city-wide concerns when you live in central Brighton, because we have a lot of vulnerable people, it is not right, more vulnerable people could become a negative cocktail. That is one of the things people had against us. We are not opposed to homeless, vulnerable or temporary people being housed whatsoever but we don’t think it’s appropriate in the space they are suggesting.