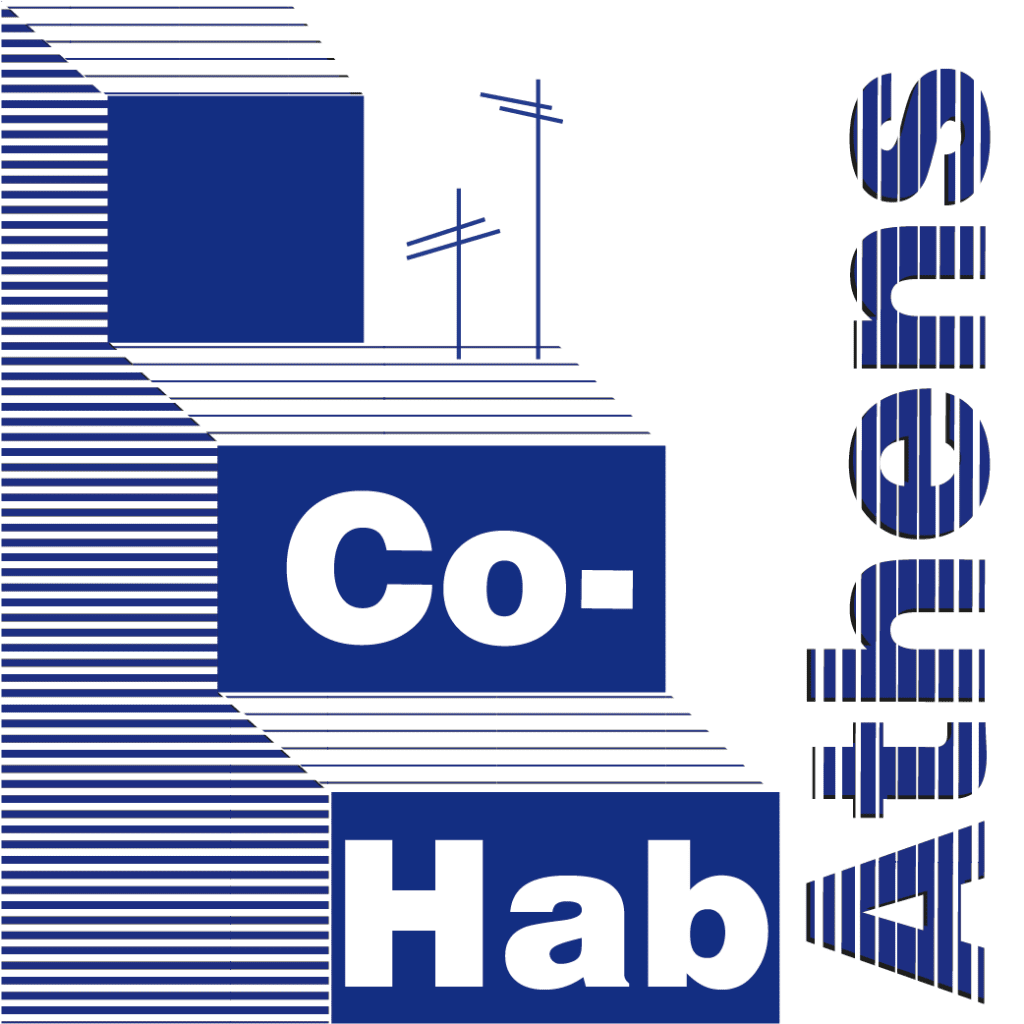 Co-Hab Athens is a research project which aims to elaborate long-term models of collective housing ownership, claiming the quality of housing as a right. Active since January 2016, it aspires to act as an exchange platform for urban researchers and activists on the issue of collective ownership, to propose new policies and to promote the idea of collective ownership and co-housing in Greece. Co-Hab Athens was built through knowledge collection and discussion with the research groups on urban commons and on the decommodification of urban land and it has been active in adapting successful paradigms of alternative ownership in the centre of Athens.

The Housing Situation in Greece

Given the historical features of housing in Greece, there has never been a big debate on housing rights, neither people have been demanding the right to access housing. Recently, Airbnb had triggered some questions as people have started to feel its effects, but those discussions haven’t evolved into a wider debate on housing ownership and on the type of regulation needed. Historically, we have never had a mechanism for collective housing or of market regulation.

In the past, we had some institutional bodies who managed part of low-cost housing constructions, but these houses have never remained public houses, instead, they were sold to private owners. There have been very few regulations to control prices, and in general, the reactions on such measures have always been negative. For example, in the ’80s and  ’90s, there was an attempt to establish rent control system, but this measure created distortions and it triggered agreements on the black market and housing scarcity. Therefore, control rent measures were considered not functional and were soon abolished. Until very recently – around 2000s- prices have not been a central problem and housing was accessible. When Athens was constructed, there wasn’t a market monopoly, rather the land ownership was dispersed and housing construction was done by various small investors with small initial capitals and mechanisms of in-kind exchange among contractors and landowners were common. it was much easier for previous generations to build their houses with regular salaries and even buy holiday houses. Supported access to homeownership (with tax reliefs and incentives) has been diachronically pursued by the Greek state. Parallel to that informal urbanisation processes has allowed for low incomes to access housing.

Today we have a private stock, fragmented and dispersed. Of course, there is a trend of housing ownership concentration as banks and real estate investors are increasingly buying property, but we still don’t have a clear picture of such transformations or a system to monitor such changes. There is a reform in the caster law and in the registry law which unifies the data and will make it possible to get more clear data on transactions which until now is fragmented, received from data from real estate agents, broker, rumours in the press, banks. Although we do not have a clear picture, we know that small owners have been under pressure during the crisis and the prices really dropped, it was a stagnation when transactions or new constructions were minimum.

We have been brainstorming a potential collective model for housing ownership in Athens, searching for inputs and example to follow for example from Zurich cooperatives, but also from the German model of the Mietshäuser Syndikat. We have made knowledge exchange workshops and visited several cases, in order to understand the functioning of other models, and how we could adapt these models in Athens. We initiated discussions with many entities to understand the legal framework in the social – solidarity sector, and we spoke to the Ministry of Labour about the possibility of managing a housing cooperative under the general law for cooperatives. We did inquiries about the best legal form to take, so we research the various forms of associations and the possibility of incentives.

We got in contact with the Inhabitants Committee of Exarchia, a local group in a central neighbourhood of Athens. They invited us initially for a presentation, and we eventually did a one-year-long workshop – meeting monthly-  with their members. Together, we also organised a seminar at the 4th European Social and Solidarity Economy Congress in Athens in 2017. The platform called for an open approach, so we organised round tables on problems relevant inside the neighbourhood: we learnt a lot on the challenging of apartment building management, on the system of collective management of utilities, central issues, cleaning, overinvestment and the threat of auctions and foreclosure.

We also addressed the possibility of a community cooperative or neighbourhood cooperative, that would develop services. We were separating in specific groups on economics, status, visions. We were happy for the participation in the workshop – especially of people who were not linked to the initiatives  – but we had a summer gap. After the summer, we wanted to move to a more hands-on approach and start developing a plan. Our idea is to produce tools, and maybe discover if we can push the State to take a role in this process. Differently from other places such as Barcelona, the Municipality have a minor impact in terms of financing and guarantees or tax intensives, and the State would be our primary interlocutor. Of course, we are looking for a multi-layer scheme that would favour collective ownership and we consider all the possible scenarios. Until now, we found not viable to collaborate with commercial banks as it appears that the topic of social and solidarity remains a marginal issue, and for many people in the movement accepting a bank loan is still an issue.

Our next step will be to create an association or non-profit organisation (which is a quite flexible legal entity) for the promotion of cooperative housing that will do awareness-raising and networking at a European level, will develop a pilot project and look for possible funding sources. When we reach a mature state of implementation and of acquiring property we will probably need to create a Social Cooperative, but we are not there yet.