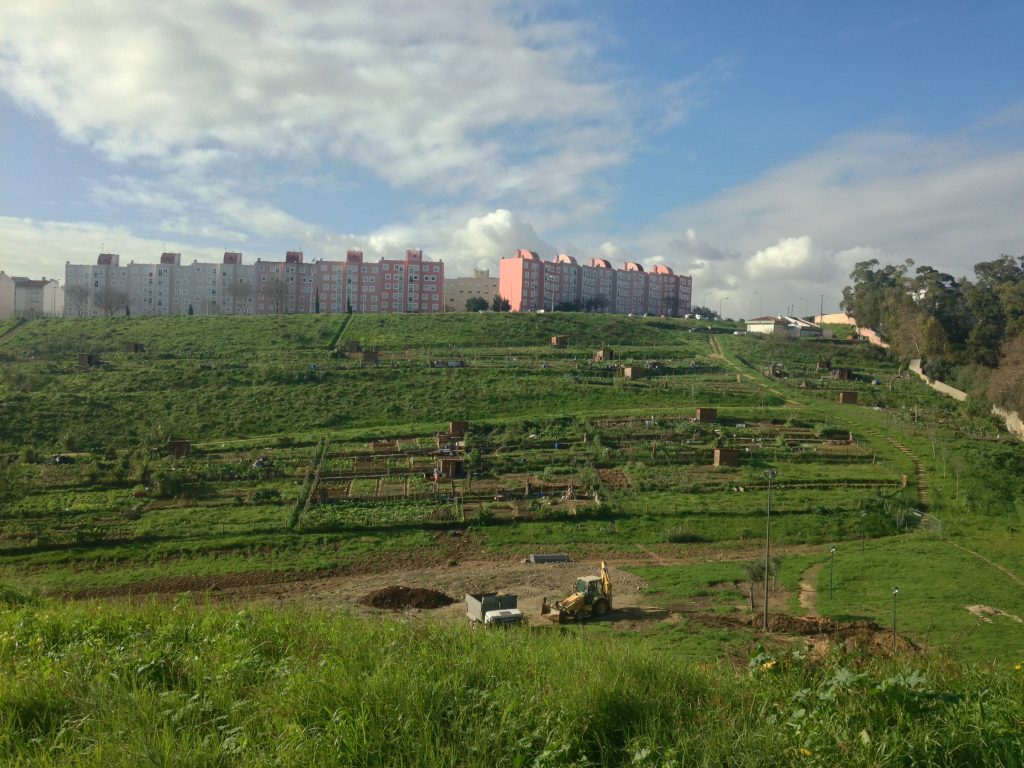 Based on the experience developed over the past ten years in Lisbon, the Bip/Zip program is currently at the basis of the URBACT Transfer Network Com.Unity.Lab which aims at sharing the knowledge with other cities across Europe. In this article the different tools of the strategy are outlined.

The Portuguese capital city of Lisbon counts approximately 500.000 inhabitants and is currently characterised by a growing economy, especially in terms of IT sector and tourism, yet the economic resources are not equally distributed amongst the population, especially after the socio-economic changes resulting from the economic crisis in 2007-2008.

At the time of the economic crisis, there were municipal elections that saw the winning coalition lead by the Socialist Party, which is still ruling today at its third mandate. The then Mayor Costa, now Prime Minister, posed great importance towards social issues and moved his office to the Intendente priority neighbourhood. Within such a political context, the Housing and Local Development Department of the City of Lisbon are lead by a citizens’ movement that initiated the so-called Bip/Zip program to address urban poverty in priority neighbourhoods.

The area-based approach is the basis of the Bip/Zip strategy also because the spatial dimension stands as the core mission of the department promoting the policy. The main typologies identified are social housing, cooperative housing built under the national program in the ‘70s but not completed and historical neighbourhoods. All these neighbourhoods present comparable  aspects in terms of high unemployment rate, insecurity, urban hygiene, lack of services, poor accessibility. The Bip/Zip strategy comprises of four tools: a map of the priority neighbourhoods and areas, a grant system for local NGOs, local task-forces to support the go-governance during regeneration processes and a collaborative platform bringing local stakeholders together.

It identifies the priority intervention territories of the city, according to the overlapping of social, economic, urban and environmental deprivation indexes, that express the fracture of the city. The map initially integrated data from different sources (such as census data as well as information from the social services and tax offices) that are very detailed, using the basic unit of a housing block. The integration of the different data resulted in a map which was then enriched by qualitative data coming from inhabitants through a survey delivered with the support of local NGOS.

A result of the first Bip/Zip map, currently being updated, is that 67 priority neighbourhoods or areas were identified, in which approx. 150.000 inhabitants are living, a third of Lisbon’s population covering 8% of the city’s territory.

The map is included in the Urban Development Plan of the City of Lisbon, therefore supporting the decision-making process over the future of the city not only for the Department promoting it but for all the city administration. The map was developed with in-house human resources of the Municipality who gathered the data from the different public authorities, created the GIS map and ultimately provided a technical analysis of the data. An important aspect was the semantics: by calling the neighbourhoods priority rather than disadvantaged, there was more local and political support in getting the neighbourhoods mapped. The combination of these elements ultimately resulted in a strong participation of the Bip/Zip map, even more than for the Masterplan consultations. The map is currently being updated, and the main features are that the map will be an online interactive map, that it will show data from the entire city and not only the priority neighbourhoods.

The principle at the basis of this program is that local initiatives operating in the priority neighbourhoods should be empowered to become as much as possible autonomous, operating within the framework of social economy. For this reason in 2011 the City of Lisbon started a grant program that is to be seen as start-up fund for social initiatives.

The grant requires that at least two non-profit organisations must team up presenting a proposal for a Bip/Zip, preferably with at least one of the organisations being local. The grant can be below 25.000 euros to support smaller initiatives, such as neighbourhood fairs, or between 25.000 and 50.000 euros, requiring that the organisations can ensure an economic sustainability for at least two years after the end of the supporting grant.

This grant system mainly differs from the Participatory Budgeting because local partnership decide and carry out projects autonomously and are only accompanied by the administration. Within the department there are civil servants responsible for coordinating, supporting and monitoring the local granted projects. Impact assessment is carried out by local coordinators based on the criteria identified in the application, such as gender, community addressed, jobs, skills, theme, etc.

It has been estimated that 1 euro of public money brings another 1 euro in other resources and that for larger scale projects, on average each one creates 2 permanent jobs.

Over the years the organisational capacities of civil society in these citizens have greatly increased, in fact, often informal groups establish themselves as formal groups and later apply as  main promoters of projects.  The ambition in the coming year is to setup a upscaling version of the grant, which will help to develop the replication of positive projects in new neighbourhoods.

The project develops a composting site where local inhabitants can bring organic waste, which is managed by the municipality. On site are run workshops and trainings with children from schools. The compost is reused in the nearby community gardens.

The Cozinha Popular da Mouraria was funded during the first call and is a community kitchen that offers affordable food to the neighbourhood, cultural activities and employment to 5 people from a disadvantages background.

Largo Residências is a hostel, hotel, artist-in-residence and café in Lisbon’s Intendente neighbourhood. Largo is run by a cooperative that develops projects to support the cultural and social inclusion of the neighbourhood’s precarious inhabitants, currently employing 15 locals.

The so-called GABIP are local task-forces that develop a co-governance framework involving Municipality, Local Boroughs and all relevant stakeholders and citizens organisations. They promote an articulated response among the political, administrative and technical dimensions with local organisations and the community during the development of more complex local regeneration projects, in fact they do not operate in all Bip/Zip areas but only some of them.

Since the beginning of the program, 7 GaBip have been developed and today 6 of them are still running over 16 Bip/Zip areas.

These structures are not permanent physical spaces but a coalition of people that meet on average every two weeks or once a month, depending on the need, to discuss the development of the local project. The meetings are hosted in different existing places, such as neighbourhood organisation offices or schools, which is cheaper but especially it fosters the responsibility of local stakeholders as being active agents in the process.

Examples of the issues being addressed are how to organise the reallocation of inhabitants during the refurbishments of the homes without displacing them or how to involve local enterprises in the regeneration process, as special attention is posed trying to keep the investment in the neighbourhood as much as possible according to procurement law.

The management of the local offices is coordinated by the City of Lisbon that allocates civil servants to support the process, but there are also cases in which the local management is taken over by other stakeholders, as in the case of the Almirante Reis.

Based on the growing collaboration with civic organisations, the City of Lisbon in 2013 used the opportunity offered by the Community-Led Local Development (CLLD) instrument of the 2014-2020 European Programming Period. It was therefore possible to federate the city’s eco-systems of local development organisations that operate on the Bip/Zip neighbourhoods.

The main targets of the CLLD are to increase employment levels and stimulate the local economic fabric; have higher levels of school qualification; reduce generational poverty.

Following yearly elections, the presidency of the board belongs to the Municipality of Lisbon, Vice-presidency to EAPN Lisbon – Europe Anti-Poverty Network, one national network – ANIMAR and two smaller organisations – CLIP and Fidalgos da Penha, that have an important presence within local communities. In terms of financial resources, it operates through the Managing Authority a total budget of 3 million euro and has 0,5 million euro for technical assistance.

Within the Interactive Cities URBACT network, the CLLD Lisbon developed a plan for a collaborative online platform to support the decision making of members and the communication of ongoing local initiatives. The model makes use of the Consul open software developed by the City of Madrid and used by many cities around the world. The platform in Lisbon is currently in the beta version.

The article was written by Daniela Patti based on the Baseline Study outlined for the Com.Unity.Lab Urbact project.