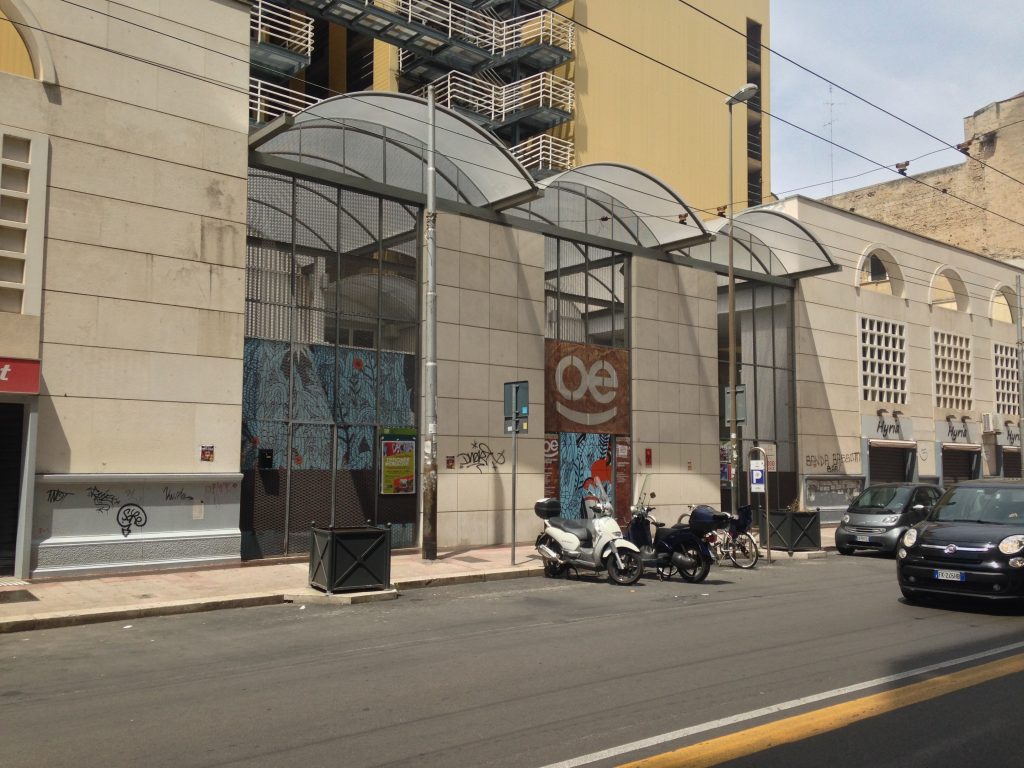 The City of Bari joined the Com.Unity.Lab Urbact network to be inspired by the Bip/Zip program to improve its local strategy. In this interview Vitandrea Marzano from the City of Bari explains to us what are the key priorities in the city and how they are developing collaborative strategies to tackle urban poverty.

What is the strategy of the City of Bari to tackle urban poverty?

The city of Bari in southern Italy, is facing the challenge of social cohesion and the inclusion of the most disadvantaged groups in urban development processes, especially due to the socio-economic conditions of the region. To face this challenge, Bari has defined its own local strategy 2015-2020 focused on 16 micro urban area, which have been defined by the city of Bari on scientific criteria of social, economic and urban disadvantage and the on-going measures are designing a model of sustainable urban development in these areas which has major priorities: political participation and youth work, given the high rate of youth unemployment and the risk of social exclusion, and community culture. In fact, the main challenges the city wants to address are:

What tools did you setup to address these challenges?

The Local Strategy for 2015-2020 has mapped 16 priority areas, on which it has on-going integrated investments of a physical nature (urban regeneration, reuse of unused public buildings, redevelopment of old industries, greening, playground, etc.) and intangible (promotion of youth work programs, strengthening of the association and third sector, incentives for new commercial enterprises, start-up grants, etc.). Furthermore, the city has included in the City Zoning Plan the results of the participatory process that also took place in the priority areas, therefore allowing to track the local needs similarly to the Lisbon Good Practice.

Furthermore, the Strategy has established a Pact with Local Districts, including 60 interventions related to urban quality, 10 of which decided with the local community.  The plan foresees 4 grant mechanisms:

Currently the City of Bari does not have local task force to accompany urban regeneration processes, but an important social innovation prototype over the last years has been carried out within the Libertà (freedom) neighbourhood, through the creation a community hub, such as Spazio 13, which was awarded the URBACT good practice.

In terms of collaborative networks, the City of Bari is a Managing Authority of ERDF funding under the art.7, not for CLLD but for ITI. Currently, the city of Bari has a budget of 90 million euro to implement its local action plan of which 20 million euro on TO9 “Promoting social inclusion, combating poverty and any discrimination”. Furthermore, the city of Bari collaborates on a permanent basis with a wide network of stakeholders structured on 3 levels and which involves in its governance: institutional stakeholders (schools, universities, chamber of commerce), economic and social stakeholders (economic representations, trade unions, companies, third sector), community stakeholders (residents, neighbourhood committees, associations, churches).

What local experiences have been created with local stakeholders?

During the study visit the City of Bari arranged meetings with the Mayor and with City Councillors responsible for Urban Planning and the the one for Youth and Social Affairs, who all expressed their interest in the project to gather more knowledge and insights to strengthen the work they are locally carrying out to reduce urban poverty in Bari. Also site visits to local projects have been organised to meet local key stakeholders and discuss with them the potential of the project, specific local needs and experiences that can be offered to other cities and their local stakeholders. Here below are listed some of the local initiatives visited.

Amongst the key aspects emerged are to improve the collaboration between public administration and civic organisations, the creation of a positive narrative of priority neighbourhoods and the strengthening of social economy as an opportunity to create local employment in an inclusive manner.

Spazio 13, a former abandoned school of 1.000sqm converted into a cultural and informal education centre (fablab, photography, design, architecture etc.) in one of the most difficult neighbourhoods of Bari called “Libertà”. The space is run by a network of 15 association carrying out informal education and trainings with 6 public calls, 12 thematic meetings, 14 partners, multi-cultural inclusion.

Officina degli Esordi (Workshop of Debuts) is a creative cluster in a public property, a former parking building, that currently hosts music rehearsal rooms, a bookshop, a restaurant and offices for creative industries. The space is run by a Bari-based music production company with a strong social mission.

Porta Futuro is an employment office run by the City of Bari to help the matchmaking between youngsters and companies through consultancies, workshops, trainings and seminars.