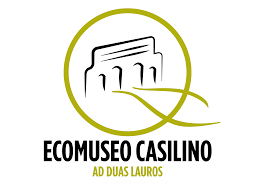 Ecomuseo Casilino is a museum that operates beyond the standard walls of a museum. The Associazione Culturale Ecomuseo Casilino Ad Duas Lauros is committed to collect cultural resources, based on what local communities consider as such. Besides all the historical, archaeological and artistic heritage, the association also explores objects of cultural value that local residents consider vital for the community. The Ecomuseum’s work consists of mapping, gathering information and storytelling. This is a process of continuous research, network building and community management, as the heritage of the area is both tangible and intangible: full of different influences and consequent narratives.

What used to be a rich residential area, and home of emperors, became a rather neglected area in today’s Rome. Nevertheless, religious legacy is present here. Legend has it that St. Peter is buried somewhere in the nearby catacombs, while another legend has it that fragments of the cross of Jesus were kept in proximity before the great expansion of the Vatican State and the consequent decay of this neighbourhood. This area was the heartland of Maxentius, one of the last pagan emperors, and it also hosted some of the first churches built on Roman soil. Tor Pignattara takes its name from one of its main landmarks, the mausoleum named after St. Helena, mother of Emperor Constantine The Great. Tor Pignattara means “tower made of vases” because the dome of the mausoleum was built using fragments of amphorae, also known as pignatte, hence the name of the neighbourhood. Besides that, the remnants of Christian, Jewish and Pagan catacombs along the Via Casilina are also a very significant heritage, such as the catacombs of Marcellinus and Peter, the third largest catacomb in the city of Rome. They are famous for their numerous frescoes and for important archaeological finds, such as frescoes depicting priestesses – a true rarity in Roman history. Catacombs were built to grant mass burial for Christians when the Empire did not yet accept individual ground burial for them. Romans built this catacomb on the cemetery of the equites singulares Augusti, the personal cavalry of the Emperor Maxentius.

It looks like multiculturalism left a mark on the area: for example, Emperor Maxentius’ origins trace back to remote provinces of the Empire (his father was born in present-day Voivodina and his mother was from Syria), while Constantine the Great was born in present-day Serbia, son of an Illyrian father and a Bithynian mother. Last but not least Emperor Alexander Severus, son of a Syrian mother and a Lebanese father, member of the so-called “African Dynasty” of the Severi (due to the Libyan origins of the progenitor, the emperor Septimius) built the Alexandrian Aqueduct.

In more recent times, during World War II, Tor Pignattara was the center of the Resistance, due to the logistic importance of Via Casilina. Most partisans stayed in the same area to sabotage the Nazi tanks and to help U.S. Allies entering the city. In loving memory of all the partisans that helped the liberation of Rome, residents from Tor Pignattara placed commemorative stones (the so-called “stolpersteine”, a European project by the artist Gunter Demnig) all across the neighborhood. Every April 25th is Liberation Day, celebrating not only the liberation of Italy from Nazi occupation but also freedom of expression, worship, culture and sexual orientation.

The Casilino area has always been multicultural, and it is continuing to be such, not only in its demographics but also in its everyday social interactions. The area around it has always been full of contradictions, but the Ecomuseum values them all. Every nationality and culture present in the neighborhood contributes to its variety: many people get busy organizing Alice nel Paese della Marranella (Alice in Marranellaland), an annual community festival where music, performance, visual arts and food meet. This creates a new cultural landmark for the people living here that the Ecomuseum considers worthy documenting. Mother Language Festival is also held every year: it’s an important event for the Bangladeshi community, celebrating its unity and sense of cultural belonging. Many religious events also happen here, such as the Durga Puja, the party for the end of Ramadan, many Christian events and some other very special happenings characterized by a strong historical and multicultural imprint, like the Living Crib of the “Casa Famiglia Lodovico Pavoni”, or the blessing of animals at the Church of San Barnaba.

The Casilino remains a rather difficult area, where poverty is a real issue, pollution is rising and services are not adequate to meet the needs of the population. Ecomuseum promotes initiatives that would help the citizenry better define its needs and priorities, choosing a local school as the meeting point for the entire community. The school was chosen because of its legacy in redefining the needs of the neighborhood: before being named after Carlo Pisacane, one of Italy’s first socialist thinkers, it was named after Luigi Michelazzi, a fascist marshal. Ten years ago it also risked the closure because of a racist ordinance from the Government according to which there needed to be an “appropriate ratio” between native Italians and children of other descent. At that time the school had a high concentration of first and second generation children. Italian parents preferred to bring their children to other schools or to private schools (often Catholic ones). This precarious situation, however, allowed the school director to start an innovative teaching experiment inspired by the Montessori method and oriented towards dialogue and the fight against prejudices. This situation helped the creation of a class of highly motivated teachers along with a cohesive and combative parent community. Eventually the school did not close thanks to the parents and teachers who rose against this decision, thus showing the local community’s effectiveness in the absence of institutions.

Another example of active citizenship is Giordano Sangalli park, a green area that has been managed by citizens on a voluntary basis for years now. From 2014 to 2017 it was managed by the Local Neighborhood Committee (which was simply responsible for cleaning the area). The Committee started a farmers’ market and then a social inclusion project that saw the unemployed of the neighborhood take care of the park maintenance in exchange for a monthly fee. For about two years now, a group of citizens has been meeting in a spontaneous committee and is managing the park independently. This is now one of the better kept parks in the city.

Public impact isn’t only relative to the public sector. Private property can also have a strong public impact. Among the Ecomuseum’s various interventions there is also the repurposing of Spazio Impero, formerly known as Cinema Impero. It began in 2012 when the Ecomuseum’s staff organized the first participatory lab in Rome and they tried to redesign a private venue without the intervention of the public sector. A thousand people worked together on a common project for eight months, and once the group completed the needed assessments, the business plan and the overall idea of the project, they delivered the whole documentation to the owners of the place, telling them to keep this idea in mind because it could turn out useful. Now, this former vacant cinema became a performing arts center featuring classrooms, a theater and even a costume lab. This is the only cinema in Rome that was reopened after going out of business.

To showcase the renewal process of this building they played with symbols and erected four totems as protectors of the place. They also appointed as “guardians” five important people who considered this district their home: Pier Paolo Pasolini, Mario Monicelli, Anna Magnani and the two brothers Franco and Sergio Citti, milestone personalities in Italian cinema. The hope of this initiative is to help convey a powerful cultural message while shedding light on street art culture in such a peculiar district of Rome whose contribution in Italian cinema has been crucial.

Currently the Ecomuseum is completing the participatory assessment plan of the Casilino District, a vast green area of 140 hectares that risked disappearance due to a building project designed by the Municipality of Rome. The whole project of the Ecomuseum Casilino was actually born in opposition to this plan, proposing an alternative planning of the territory. Building a model of different development based on the protection and enhancement of environmental and cultural heritage is, after all, the real challenge that the association has thrown down to the institutions. After the first hesitations, they finally accepted the new point of view. In fact, at the end of 2017, a City Council resolution asked the mayor to develop the Casilino District as an Ecomuseum. A few months earlier, however, the Latium Region did lay the foundations for this change of mindset about the planning and development of this part of the city, approving the law that officially recognizes the Ecomuseum as a civic cultural institution.

Last but not least, the Ecomuseo Casilino association organizes cultural tours for tourists and researchers, and it uses the profit of the tours for funding renovation and maintenance initiatives. Culture is not only something positive for the spirit – it can also improve the quality of living.