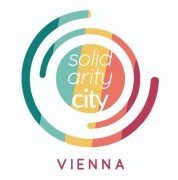 Magdas Hotel is a social business hotel based on cooperation, existing resources and a social vision. Refugees, volunteers and professionals of the hotel business transform a former rest home, situated at the Wiener Prater, to a grand budget hotel. The idea of the hotel deals with the topic of integration and enables the chance for multicultural encounter between people. The hotel trains refugees to acquire skills and competences in the hotel industry. 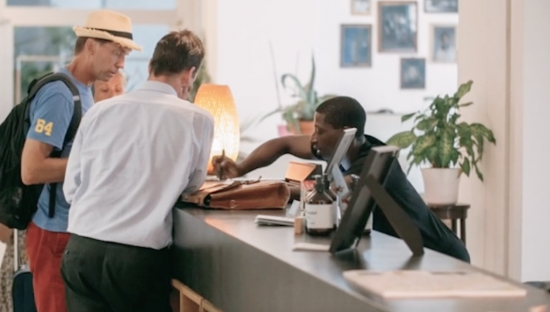 Vendors are usually made up of homeless, long term unemployed and asylum seekers. Admission as a vendor is very low-threshold, as there are no criteria to join. After admission, people are trained before they are allowed to act as vendors. The newspaper is published every 14 days. Before the vendors can sell the newspapers, they have to buy them from Augustin for a unit price of 1.25€. Then they can sell them for €2.5 on the street, in public places or in bars and keep the remaining €1.25 as their salary. This way guarantees that the financing of the project is secured.
The first newspapers were produced on a voluntary basis. The distribution point at that time was a Salvation Army station. However, it took a while at first before people found out about Augustin. Therefore, the initiators went through all day centres and homeless centres to draw attention to Augustin and the possibility of joining. And over the years it has become more and more professional. Today Augustin counts 12twelve permanent employees, consisting social workers, editors, one bookkeeper, a TV & radio editor, a graphic designer and one person for public relations. Additionally, 40-50 freelancers provide extra content for the Augustin. 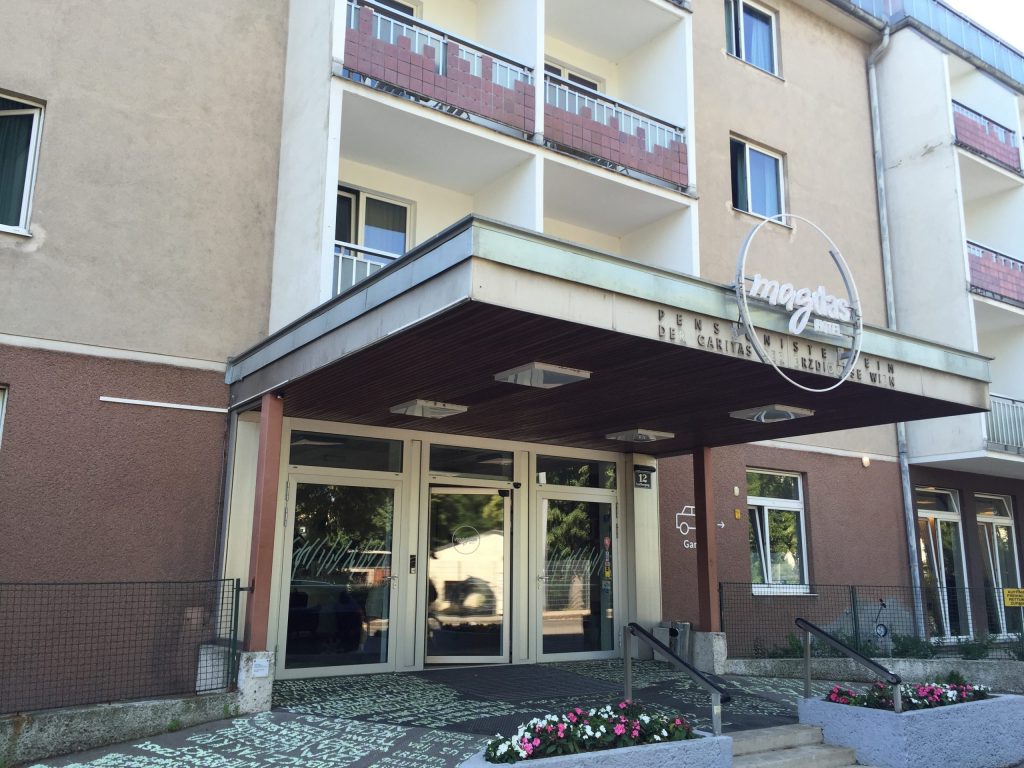 Self-determination as the key
Augustin is meant to motivate you to help yourself. There is no obligation for the vendors to enter the regular labour market at some point. Self-determination is important. And that’s how Augustin differs from many social work organisations. In its relatively small day centre, there is room for about 10-12 people to sit. Additionally, there is a computer room for four people where vendors can do research on the internet. Every Monday, Augustin offers legal counselling for their vendors. Apart from that, there is also the editorial office in the building and in the you can find a private place to talk about problems with a social worker. In order to give the vendors a sense of self-determination and to enable them to make new contacts, Augustin has set up various projects for its vendors, such as the singing choir”Stimmgewitter Augustin“, a theatre group, a football and table tennis team, they offer German, and computer courses, and even a . And other offers like a story telling workshop were initiated. Claudia Poppe explains why those activities are so important: “Beside some editorial content, our newspapers are always filled with stories from our sellers. These projects that we offer only for our sellers are about giving them the opportunity to be perceived differently, to increase their self-esteem and for them to discover something new.” 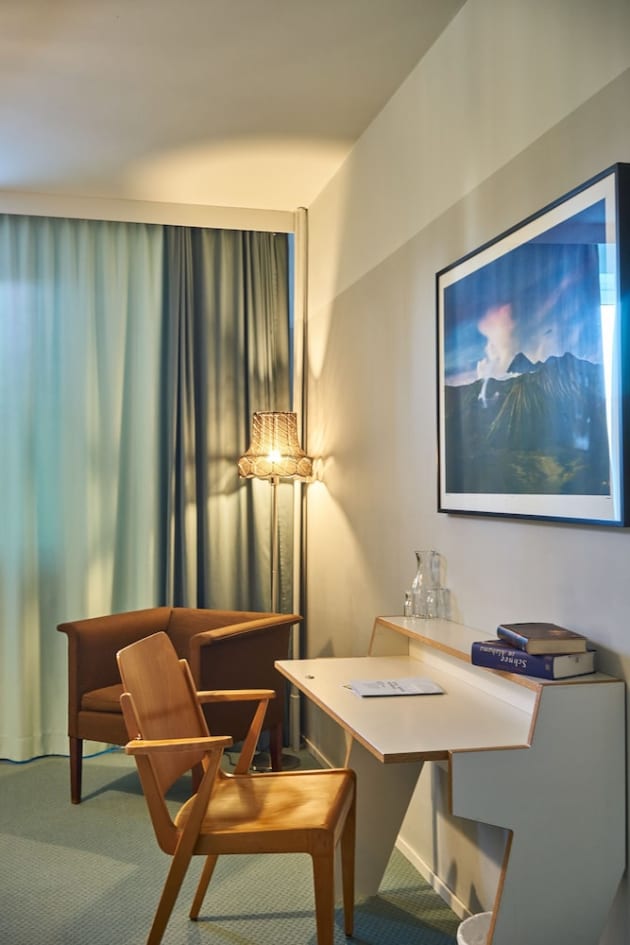 We are on Reinprechtsdorfer Straße, in Vienna’s 5th district. Between an ice cream parlour and an outlet store there is an unremarkable grey iron door. When you open it, a small courtyard opens up with plant pots, parked bicycles and various seating options. A sign welcomes us with “Cheers at Augustin”.

Claudia Poppe, PR representative and graphic designer at the Viennese street newspaper Augustin, is sitting beneath it.
She has been part of the Augustin team for 22 years already. The newspaper started in 1995 as a project between social workers and journalists. It was based on international examples, such as “the Big Issue” from London with the goal to set up something similar in Vienna. The aim was to help people excluded from the labour market by selling the Augustin paper on the street, to ease their hardship, offer new social contacts and to help them regain some of their dignity. 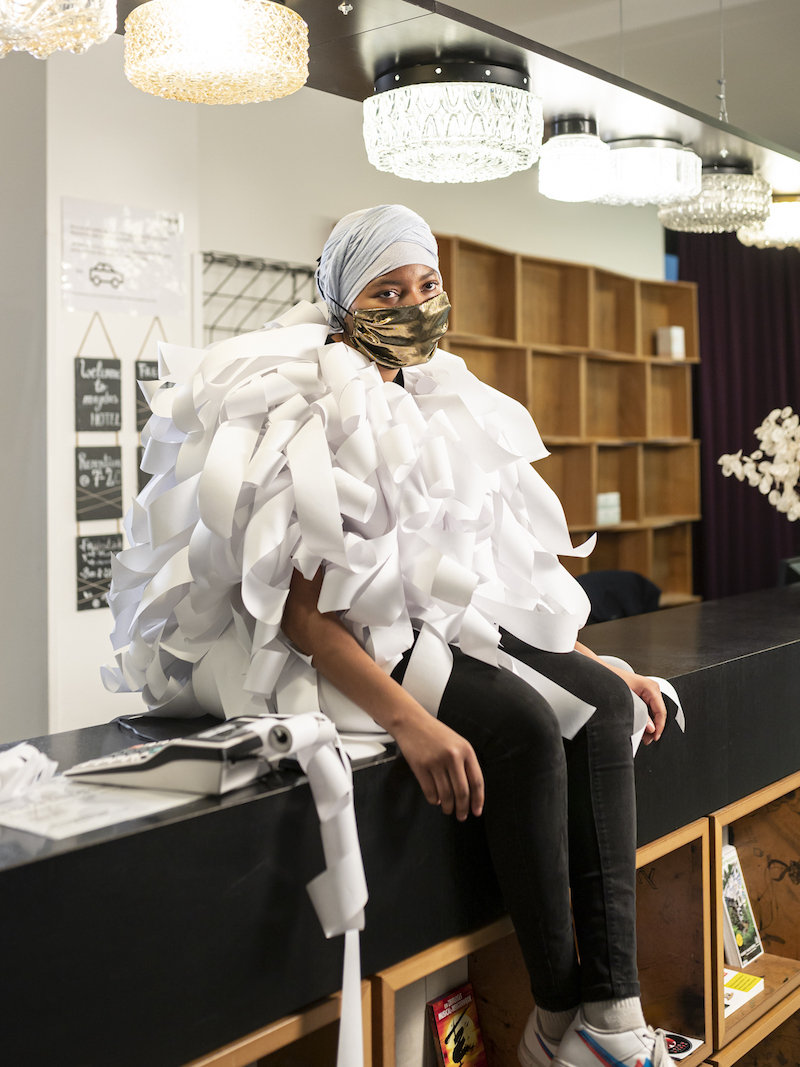 Since the beginning, many new projects have been added. In 1998 Radio Augustin, in 1999 Strawanzerin, an event calendar and in 2000 the project F13, a holiday raising awareness for the marginalised on every Friday the 13th, with different kind of activities all over Vienna were added. Since 2005 Augustin has its own TV programme called “Augustin TV” on the community channel OKTO.
We speak with Claudia Poppe, PR representative and graphic designer at Augustin, who has been part of the team for 22 years already.
Keeping a critical eye on neoliberal structures

We don’t want to be just a nice newspaper, we want to be a critical newspaper.”, explains Claudia Poppe. Augustin wants inform and entertain the people of the city, but also keep a critical eye on the wealthy and those in power. At the same time Augustin’s goals are to initiate positive changes and to help people in need as low-threshold as possible. “And that’s what distinguishes us from many other street newspapers, which just want to have a nice paper that the sellers can then sell. We, on the other hand, have the claim that we want to look at the neoliberal structures. We don’t want to be just a social project, but a socially critical newspaper.” With the same thought in mind, the journalism professor Fritz Hausjell called the Augustin the medial social conscience of Vienna.
Remaining financially independent in difficult times
In order to remain critical, financial independence is very important to Augustin. “Right now we can see what it means to be financially dependent. Unpopular projects are simply cut off from funds.”, says Poppe. Augustin finances about 60 % of their work through newspaper sales, about 30 % through monthly supporter donations , mainly from the 333 Liebhaber_innen (enthusiasts who donate 25€ per month), and about 10 % through advertisements, calendar and T-shirt sales.” Although the Covid-19 pandemic hit Augustin hard, they were able to make it outemerge from of the crisis due to various efforts such as fundraising appeals, a crowdfunding initiative and digital editions. “And apart from that, it is the solidarity of the Viennese that keeps us going”.

For these reasons Augustin is constantly striving to develop further. At the moment, increasing digitalisation is a challenge for all street newspapers worldwide. As part of the INSP, the International Network of Street Newspapers, Augustin is working on strategies to communicate its content in the digital age to help people in need to help themselves. Augustin’s important role in Vienna is undisputed. Its vendors have become an essential part of the cityscape. Some vendors have even achieved an almost iconic status. For example, a short film was made about the vendor Gerri (Auf da Stroßn). The Augustin has an important function in the city. Above all, it is offers the sellers a mouthpiece for themselves to tell their stories from their own lives w. Which in return creates the possibility of more empathy and understanding.

The situation of the less privileged
After aAlmost three decades of Augustin, h. Have there been improvements for the situation of less privileged people in Vienna? According to Claudia Poppe there have been changes, but not ultimately for the best. For Austrians, there have been improvements with the introduction of the introduction of the minimum income, also the increase of day centres and emergency sleeping facilities were a step in the right direction. But the actual goal of providing housing for all is still a long way off, especially for non-Austrians. “Since asylum seekers are not entitled to minimum benefits, there was a big rush on us. Especially in 2007/2008, when we had to impose an admission stop for the first time.” In the meantime, the situation has eased somewhat, and Augustin is accepting new salespersons again. Despite the minimum income, many are still dependent on support and continue to sell newspapers for Augustin. “There is an international initiative called “Housing First“, which is about providing people with a place to live first and then dealing with all the other problems. And that is basically what should be implemented and what still does not work. To put it bluntly: the utopia would be that there would be no need for the Augustin. Only then could I claim that something has evolved.”
An integral part of Vienna

This is about solidarity

I should be incapable of drawing a single stroke at the present moment; and yet I feel that I never was a greater artist than now.

A wonderful serenity has taken possession of my entire soul, like these sweet mornings of spring which I enjoy with my whole heart.
When, while the lovely valley teems with vapour around me, and the meridian sun strikes the upper surface of the impenetrable foliage of my trees, and but a few stray gleams steal into the inner sanctuary, I throw myself down among the tall grass by the trickling stream; and, as I lie close to the earth, a thousand unknown plants are noticed by me: when I hear the buzz of the little world among the stalks, and grow familiar with the countless indescribable forms of the insects and flies, then I feel the presence of the Almighty, who formed us in his own image. 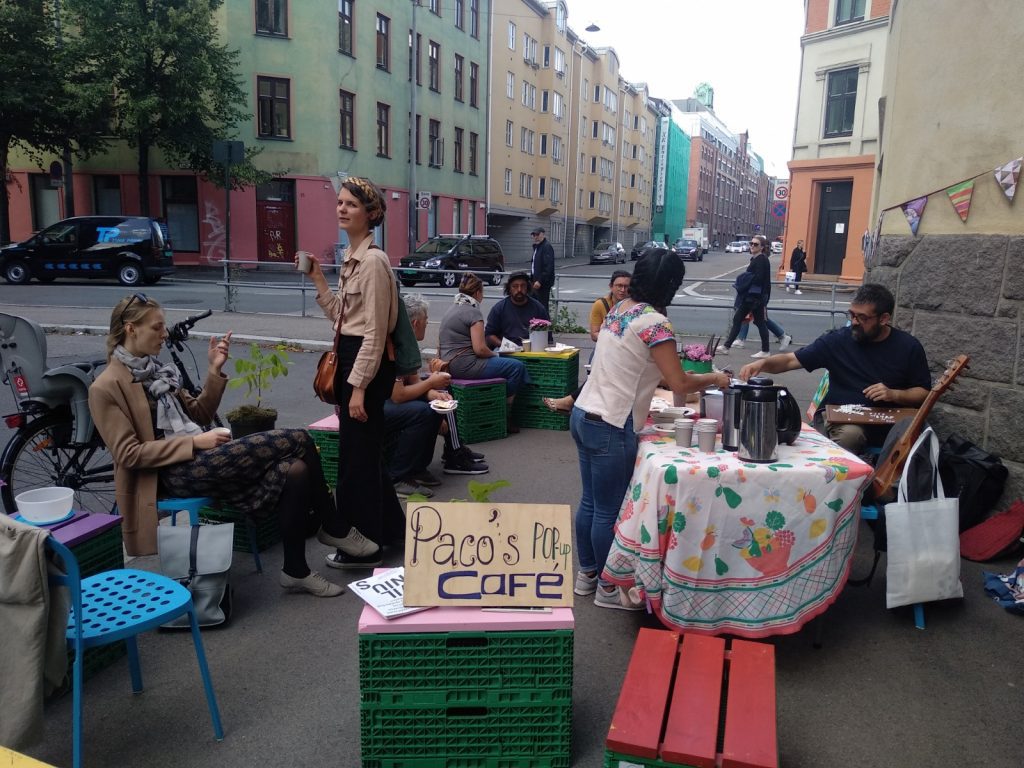 Made with ❤ with Elementor​